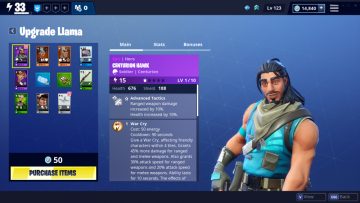 There has been much talk regarding Fortnite in recent weeks, particularly given the recent class-action lawsuit by a Montreal legal firm on behalf of two minors, to sue the company for producing such an addictive game. Now, a new report in the UK has been released, investigating the relationship young people in the UK have with video games called, ‘Gaming the System.’

The report identified a number of concerns with the game including:
– Loot boxes as a form of gambling as some children are spending hundreds of pounds chasing losses
– Lack of maximum daily spend limits/caps on children purchasing lootboxes
– Feelings of being not in control with the amount of time/money spent on the game

In some instances, the report identified children spending over 300 pounds per year on games, having been influenced by peer pressure from friends, online strangers, and the gaming community.

The report suggests that introducing control measures or boundaries, similar to that of measures towards adults who gamble, should be put in place to mitigate young people against harm. The government is seen as having a duty of care around areas such as cyberbullying and violent content; However with the influx of loot boxes and game designs which feature gambling style elements, should the government’s scope of duty of care be widened to encompass protection of young people from loot boxes?