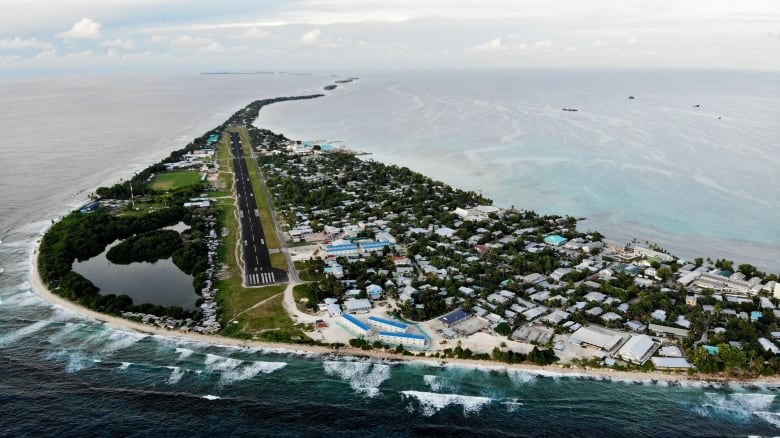 I know this is not related to a video game per se, but we’ve discussed the metaverse on a number of occasions in this class and I thought that this interesting article I came across was worth a mention.

Tuvalu, a small nation of roughly 12,000 in the South Pacific, is highly vulnerable to the effects of climate change. Sea level rise threatens the very existence of Tuvalu (literally), which is forecasted to be completely submerged underwater by the end of the century if current temperature trends continue. As a result, the nation has sought innovative, though dire, solutions in an effort to preserve its culture and history. Tuvalu’s Foreign Minister, Simon Kofe, explains that as the nation’s land disappears, they have no choice but to become the world’s first digital country.

The first step would be to move administrative and governance systems online in order to preserve the continuity and function of government. Afterwards, Kofe imagines recreating Tuvalu through a “digital twin” using augmented and virtual reality, preserving the nation piece by piece in order to preserve its culture, history, and identity for future generations.

Given rapid advances in technology, it may indeed be possible to recreate Tuvalu digitally. A more difficult endeavour, however, is creating a legal framework by which the state could maintain its own sovereignty. After all, land is often seen as fundamental to our current understanding of what “sovereignty” is. Could virtual realities and “digital nations” disrupt this requirement?

The article can be found here: https://www.cbc.ca/news/climate/climate-change-tuvalu-stateless-metaverse-1.6657035

One response to “Tuvalu’s Digital Twin”