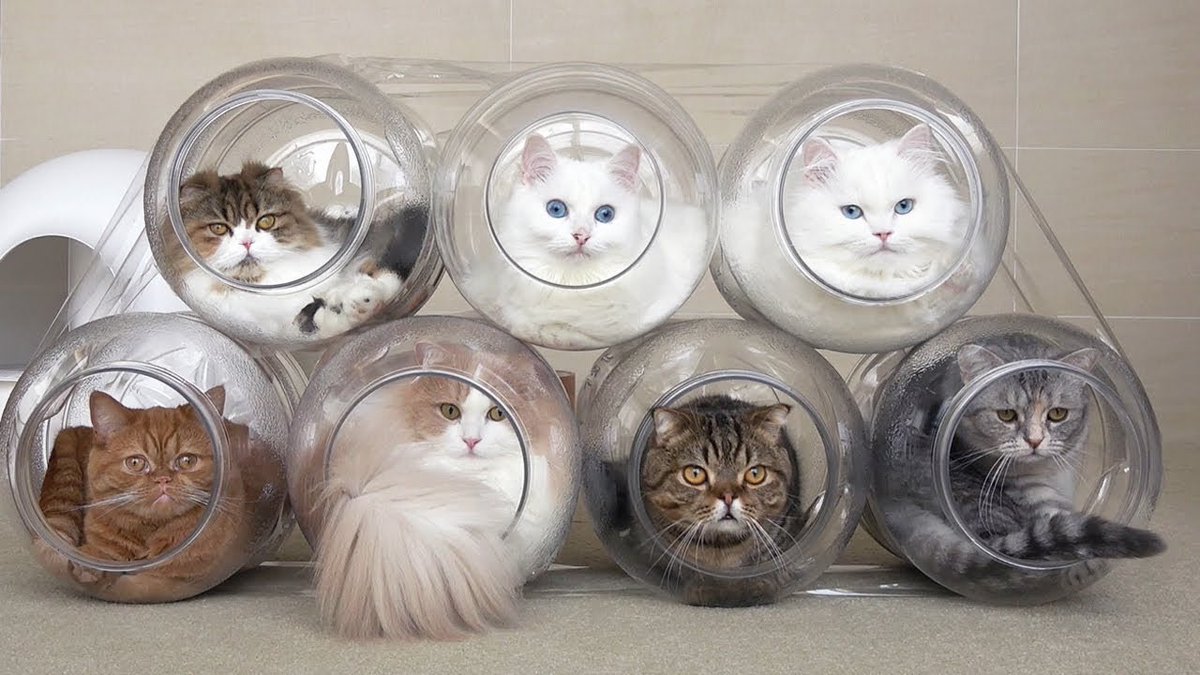 The seven cats of “CreamHeroes”, the heart of a near-legal dispute between the content creator and their management company – three more cats were recently adopted, bringing the total to 10.

Streaming (or content creating) has become a very lucrative profession in a relatively short period of time – from mukbang content creators to pro-gamers streaming on their off time, streaming has become a new way for individuals to showcase their talents and make money doing it. In addition to being sponsored by viewers (e.g. the YouTube streaming function allows viewers to donate money during the stream, in exchange for floating a predominant “message” that remains onscreen for a period of time), successful streamers will often attract sponsorships in return for advertising products and services on their streams, and they may even create merchandise lines for their fans (makeup YouTubers , for example, will often collaborate with makeup companies to make their own “lines”). Unsurprisingly, therefore, the streaming profession has rocketed in popularity – in South Korea, a country with a very strong streaming community presence, it is such that in a recent poll, streamers (or content creators) ranked #3 in the list of most popular professions of elementary school students, beating out more traditional professions like the doctor. (Source – but the article is in Korean.)

However, there may be a darker side to streaming – the relative newness of the job means that there may be some regulatory voids in how streamers conduct their business. The thousands of dollars that successful streamers bring in can attract less savoury characters who seek to exploit these individuals. In South Korea, this comes in the form of “agencies”. Undoubtedly rooted in the K-pop industry, these “agencies” sign on to manage the administrative and financial affairs of successful streamers. Often, though, streamers will not have the legal expertise or wherewithal (if they are engaged before their “big break”) to screen their management contracts and may sign on to highly unfair contracts that can lead to their exploitation. Again in Korea, there have been instances of streamers entering legal disputes with their management companies for unconscionable contracts. In response, these management companies claim exclusive property rights and copyright over the streamers’ content under their signed contracts, and damages for breaking the contract prior to the expiration date.

A very well-known example of this is the channel CreamHeroes – a Korean YouTube channel that had nearly four million subscribers owing to its videos and streams around the “Butler’s” seven cats. The “Butler”, who ran the channel, was under contract with a company who claimed all rights over the channel, profits therefrom, and even the seven cats. While in that case, the “Butler” and the company at issue came to an amicable agreement, in other instances, cases are proceeding to trial. In another instance, a streamer was successful in getting an injunction suspending the operation of the unconscionable contract so that she could continue streaming in the process of the trial. The law (in Korea, at the very least) thus seems to be trickling towards engaging some protections for streamers in the unconscionable contracts context. (Below – this is a video summary by another channel, Lawyer Friends, who are actual lawyers representing some streamers in related cases. The video is again only in Korean, but just in case some Korean speakers are out there.)

Streaming illustrates just one facet of the various legal problems that video games, and other emergent forms of media, pose. These rising legal issues around the unconscionable contract and exploitation of content creators, much like the Hong Kong protest-related censorship of Hearthstone players by Blizzard, show the regulatory gaps that are yet to be filled in these types of new media. How should these regulatory gaps be best addressed? Is there potential for a separate regulatory regime and/or body that can address these unique problems around e-content? Or should all regulation be left to the common law to organize, however long that may take? What role can individual subscribers and fans play, if any, in protecting the content creators that they support? These are all interesting questions that remain to be answered and offer great opportunities for discussion.