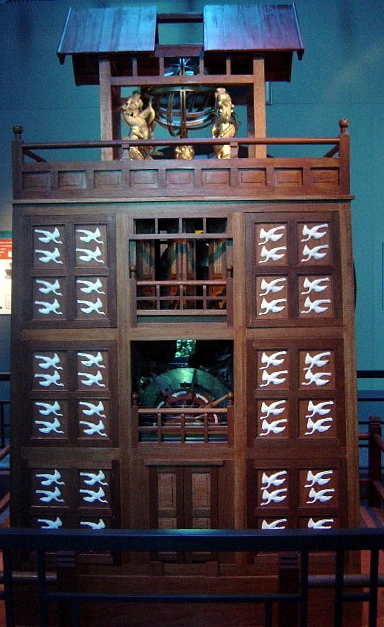 Following up on last weeks discussion regarding openness of technology, where I mentioned that the first ever mechanical time keeping device was built for a Chinese emperor but was kept secret, arguably slowing down human progress for hundreds of years until the mechanical clock was reinvented in Europe in the 14th century, this came in from former student in the class Ryan Vogt: ”

Last Wednesday, you mentioned the Chinese clock having been invented long before the European clock, and you were looking for a source. I don’t have a specific source, but I may have some names that could help you track it down…

Su Song designed a large clocktower (~1092). It kept time using a mechanism based on the flow of water, invented earlier by Buddhist monk Yi Xing (~725). When Su Song presented the design of his clock to Emperor Zhezong, he equated the continuous flow of water running the clock to the continuous movement of the heavens, which represented the unending power of the Emperor (appeasing the Emperor). The clocktower was dismantled by an invading Jurchen army (~1127), and it was never successfully reconstructed. Later, Jesuit explorers who came to China believed, based on their observations, that China had never advanced much beyond the sundial.

You may have read about this clocktower in historian Joseph Needham’s works, as he is famous for having studied the history of Chinese clocks.”