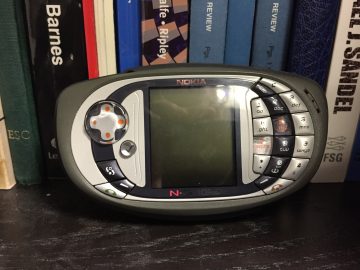 Am very excited to be starting the 10th edition of Video Game Law at the Allard School of Law. It a bit mind boggling to reflect back on nine other classes and all the special moments, and most significantly all the truly amazing students I am so lucky have had an interest in the subject. Nostalgia and warm feelings aside, what all that history really does is make me look forward to this iteration and this group.

The first version of Video Game law as a full course (as opposed to a unit or two in the Media, Entertainment and Communications Law course I gave) was in the Fall semester of 2006. To add some perspective, the first iPhone was introduced almost ten months later on June 29, 2007. The iPhone and the smartphone revolution it spearheaded transformed video-gaming, eventually changing it’s demographics, business models and even how we think of controllers. Probably more than anything else the smartphone ushered in a world in which video-games have become a true mass medium with gross financial numbers exceeding other forms of entertainment. Yet, it’s worth remembering that playing games on a handheld device was not something Steve Jobs invented. That distinction goes to Atari’s Lynx in 1989…..yes, 1989. And the Nokia N-Gage, a device that seamlessly combined cellular telephony and mobile gaming was released over four and a half years before the iPhone was even introduced. A picture of my second generation N-Gage is at the top of this post.

So what might our take-aways be? Let me suggest a few. Feel free to add others or push back.

So what does all that have to do with law? One word: Interactivity. The legal issues that make Video Game Law not “Law of the Horse” are to be found in the transformative nature of interactivity and the blurring of lines between creators and players, between device and tool.

Welcome to the next chapter in the journey Cohort 10. I am very happy that you are here.