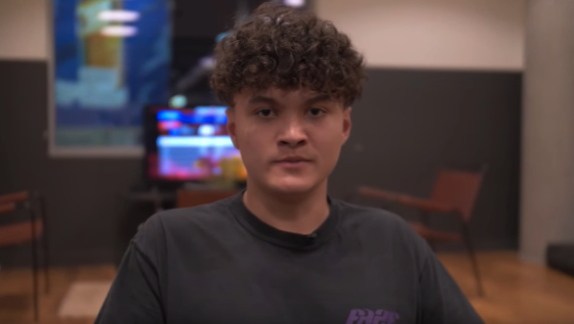 There has been a lot of conversation over the past week over Fortnite’s ban handed to FaZe Jarvis. FaZe Jarvis is a 17-year-old professional Fortnite gamer for the esports organization ‘FaZe Clan’. He decided on making a youtube video, now deleted, showing the unfair advantages hackers and cheaters have when playing this game – and […] 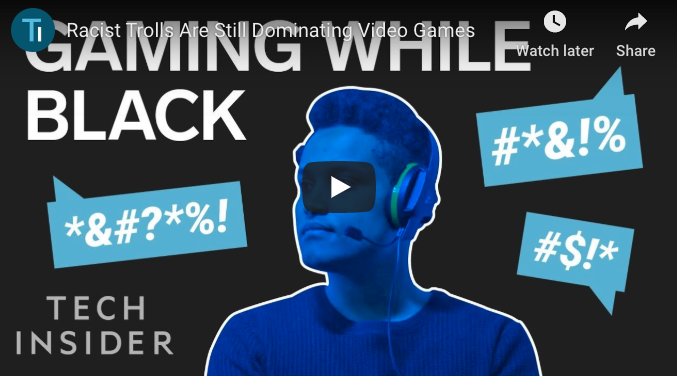 Hi Guys, Just wanted to follow up on the last week’s presentation with a short video on racism in video games. I was planning on showing a portion of this video during the presentation but due to time constraints ended up cutting it out. The video features a short interview with Terrence Miller, an African […] 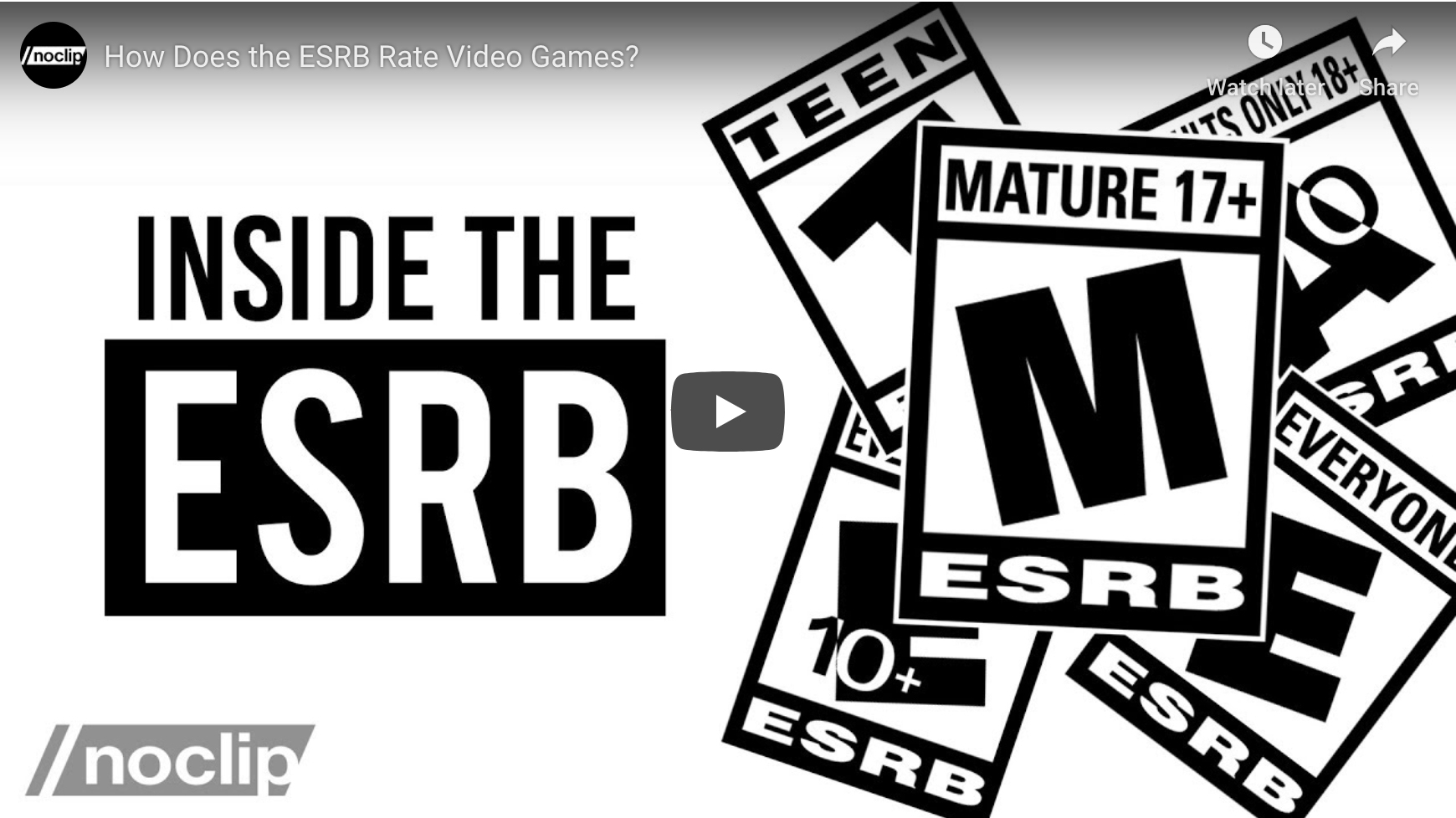 Noclip, a video game documentary series on YouTube, recently released a documentary about the Entertainment Software Ratings Board (ESRB). This is the first time in ESRB’s 25 year history that they have agreed to allow media to enter their doors. “How Does the ESRB Rate Video Games?” gives a sneak peek inside the offices of […] 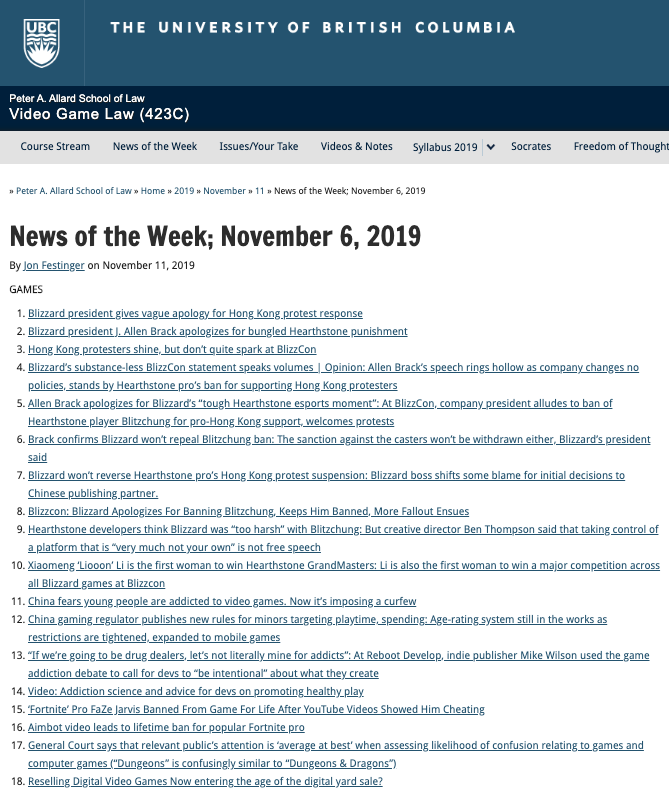 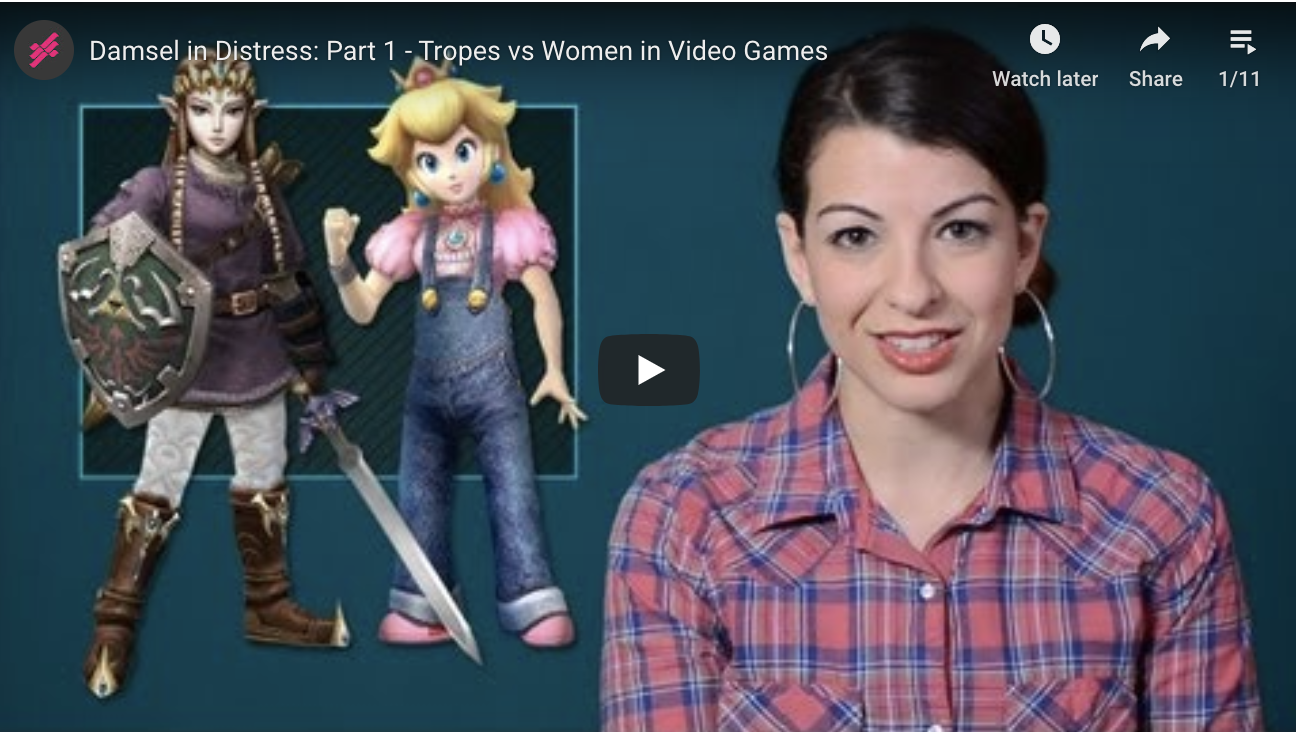 Hey guys! To follow up on my group’s presentation on Wednesday, I thought I’d post a link to the first season of Anita Sarkeesian’s ‘Tropes vs Women in Video Games.” Enjoy! 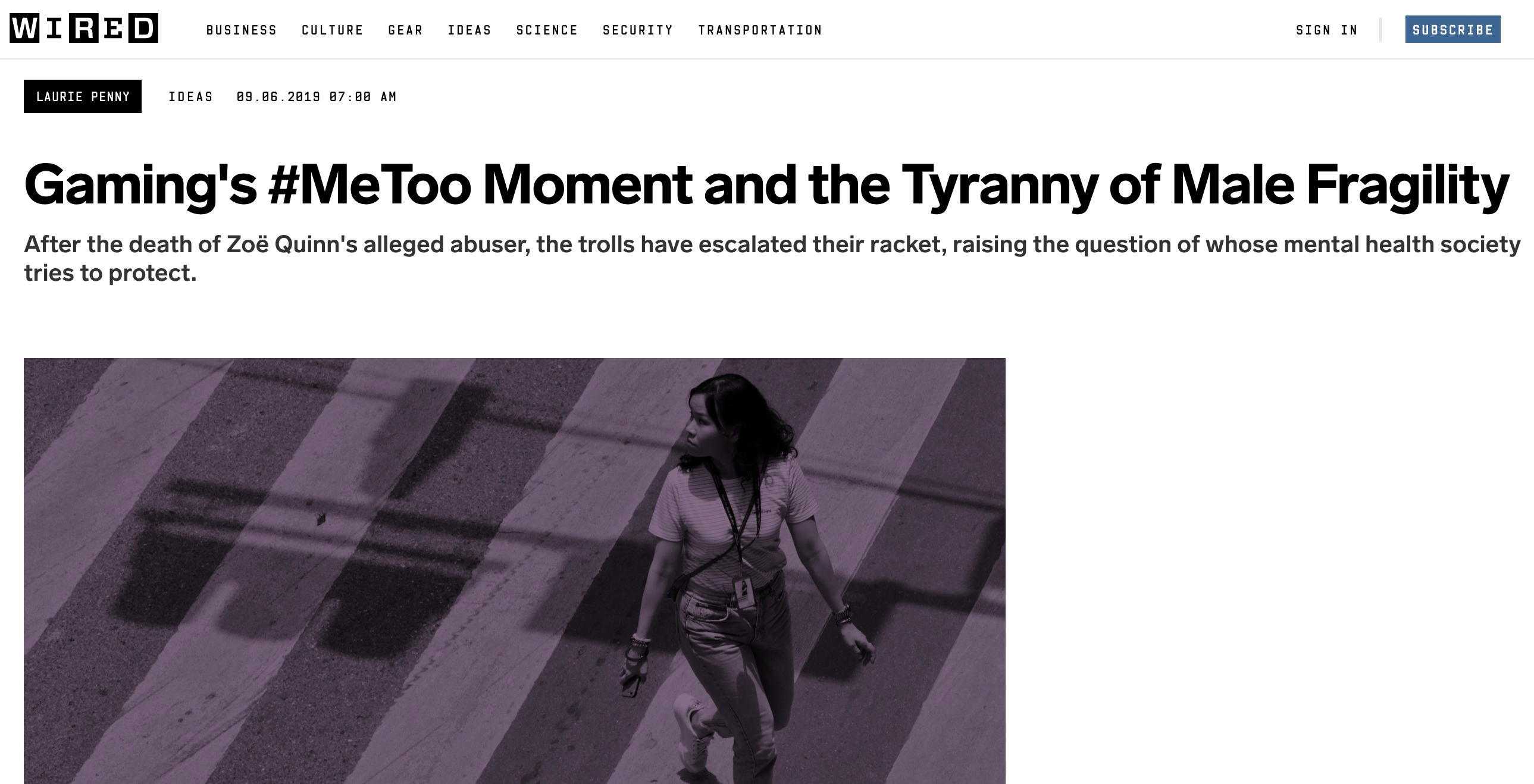 It appears as though Zoe Quinn is back in the news, and is once again receiving backlash. Quinn and another female developer, Albertine Watson, accused Alec Holowka, who was behind Night in the Woods, of emotional and sexual abuse while they were working together several years ago. It appears as though Quinn, after seeing another […] 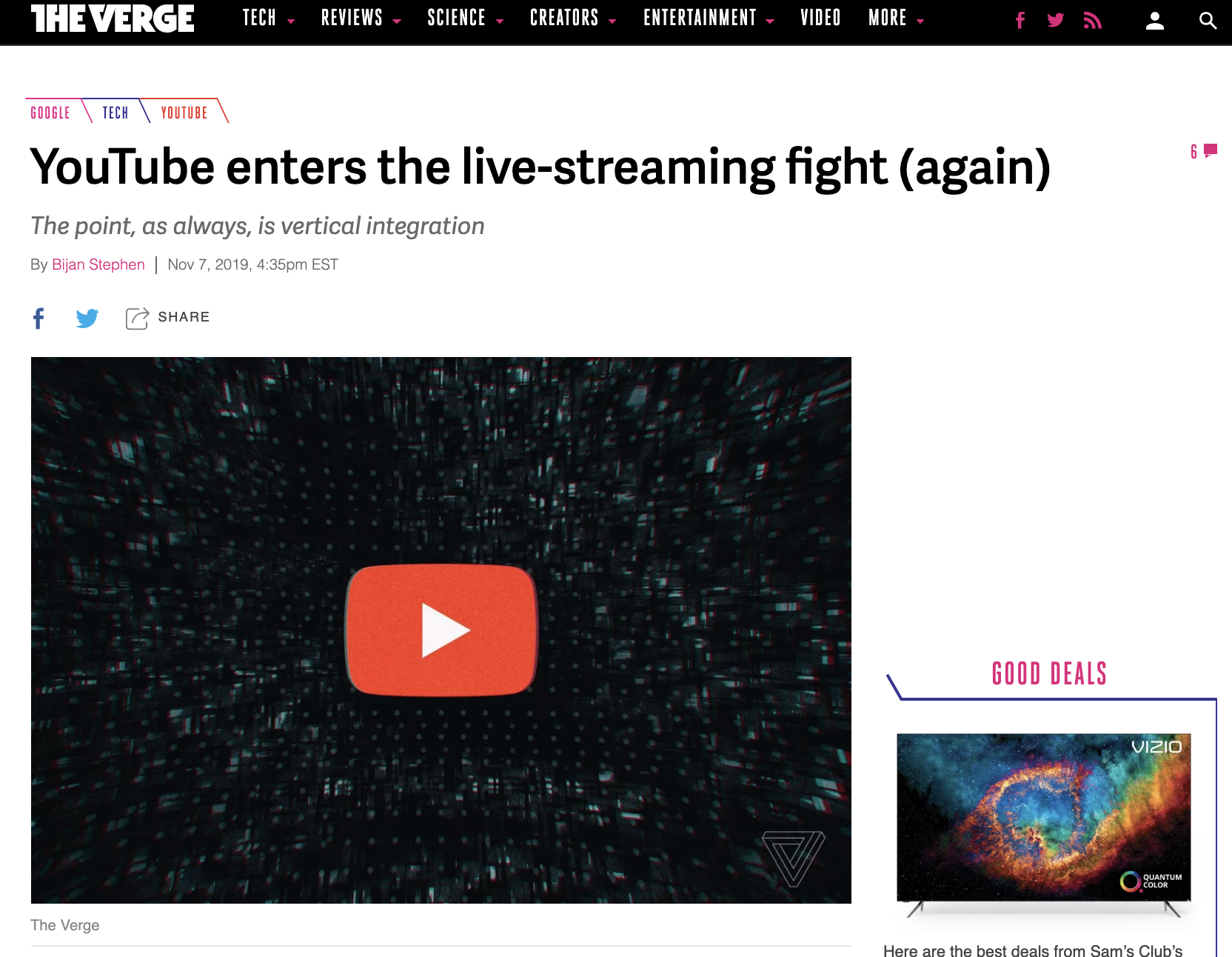 Streaming sites like YouTube Live and Mixer are using exclusive contracts with popular streamers to increase traffic to their respective platforms.  This week YouTube Live announced that Jack “CouRage” Dunlop, a popular Fortnite gamer will begin to exclusively stream with them beginning on November 5th.  In addition, Lachlan Power has exclusively signed to YouTube Live […] 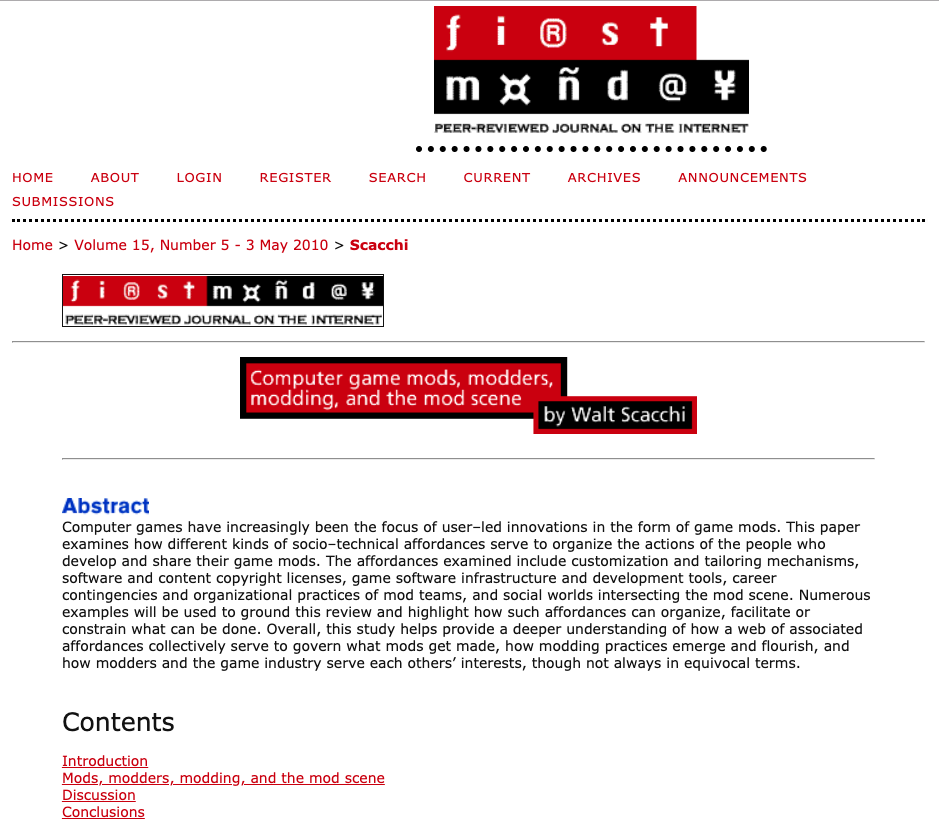 We will be exploring the issue of video game modifications (“mods”) this week.  A mod is an altercation to the video game by users or players.  Mods can be in the form of changing code or physically adding to the system and its accessories.  As mods are often user-generated, there are many debates surrounding their […] 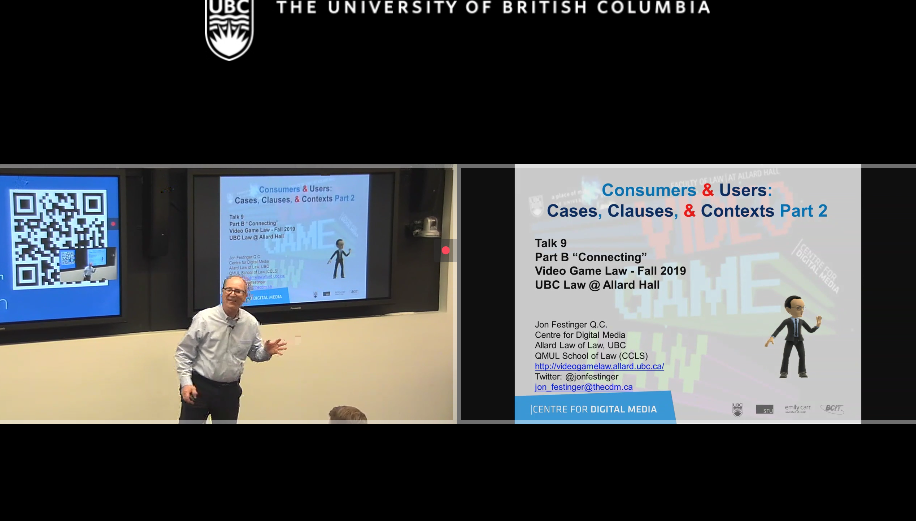 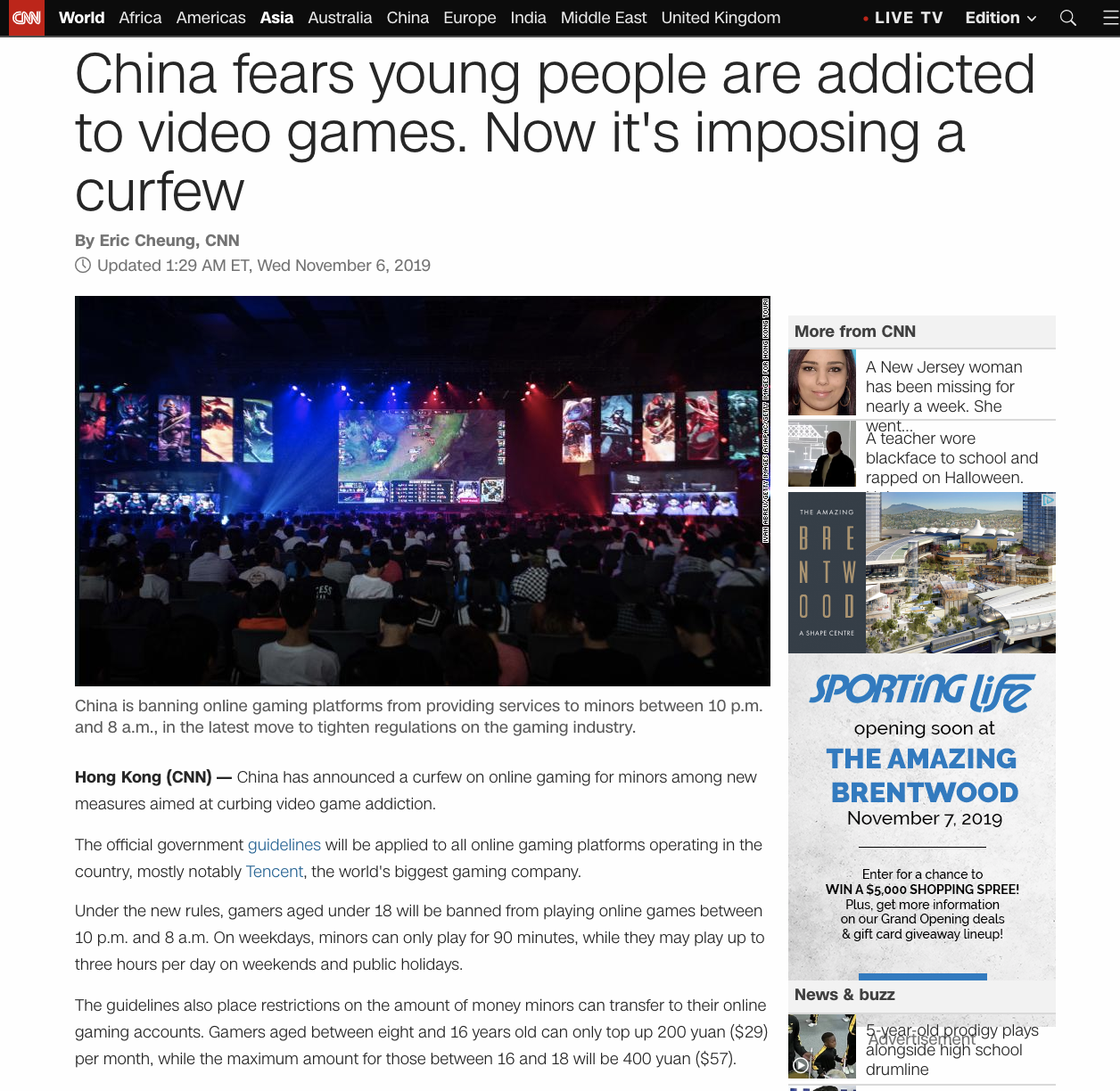 As mentioned in class, China is currently the world’s largest gaming market. The government has introduced new guidelines applied to all online gaming platforms operating in the country. They appear to be tackling video game addiction and aimed at creating a “clear internet space” and “protecting the physical and mental health of minors.” Under the […]

Super nostalgic being able to play ‘modern warfare’ once again. Forbes called it: ‘The Best ‘Call Of Duty’ In A Decade’ https://www.forbes.com/sites/games/2019/11/05/call-of-duty-modern-warfare-review-the-best-call-of-duty-in-a-decade/#778ae7176f97 I got the chance to play it a few times and it lives up to the hype that is circulating around it. Call Of Duty: Modern Warfare is half prequel, half reboot to the Modern […] 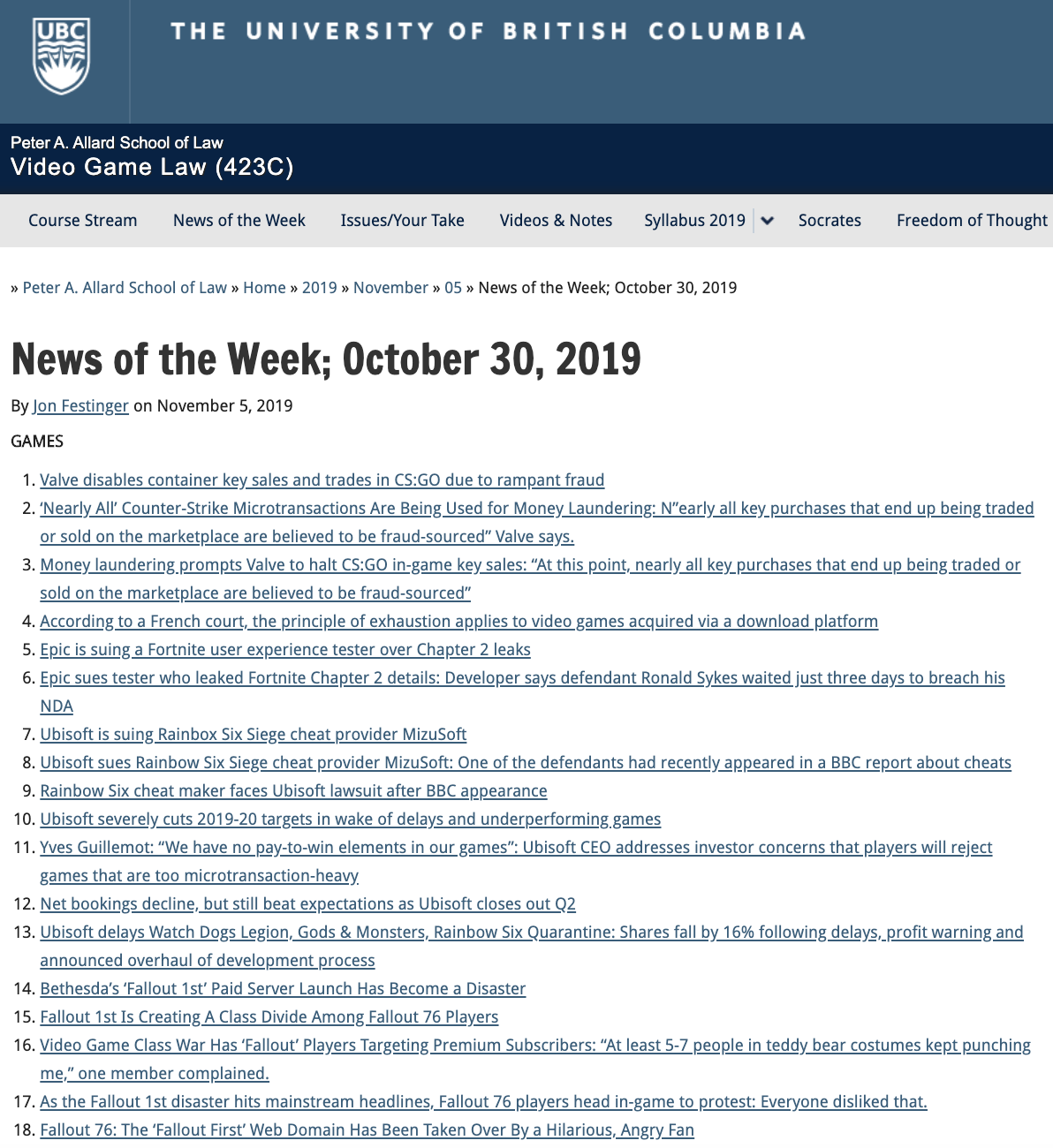 GAMES Valve disables container key sales and trades in CS:GO due to rampant fraud ‘Nearly All’ Counter-Strike Microtransactions Are Being Used for Money Laundering: N”early all key purchases that end up being traded or sold on the marketplace are believed to be fraud-sourced” Valve says. Money laundering prompts Valve to halt CS:GO in-game key sales: “At this […] 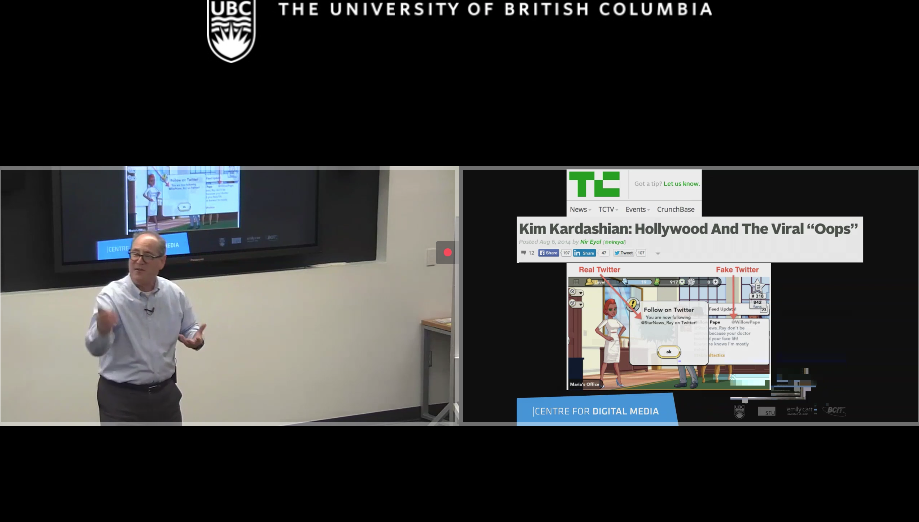 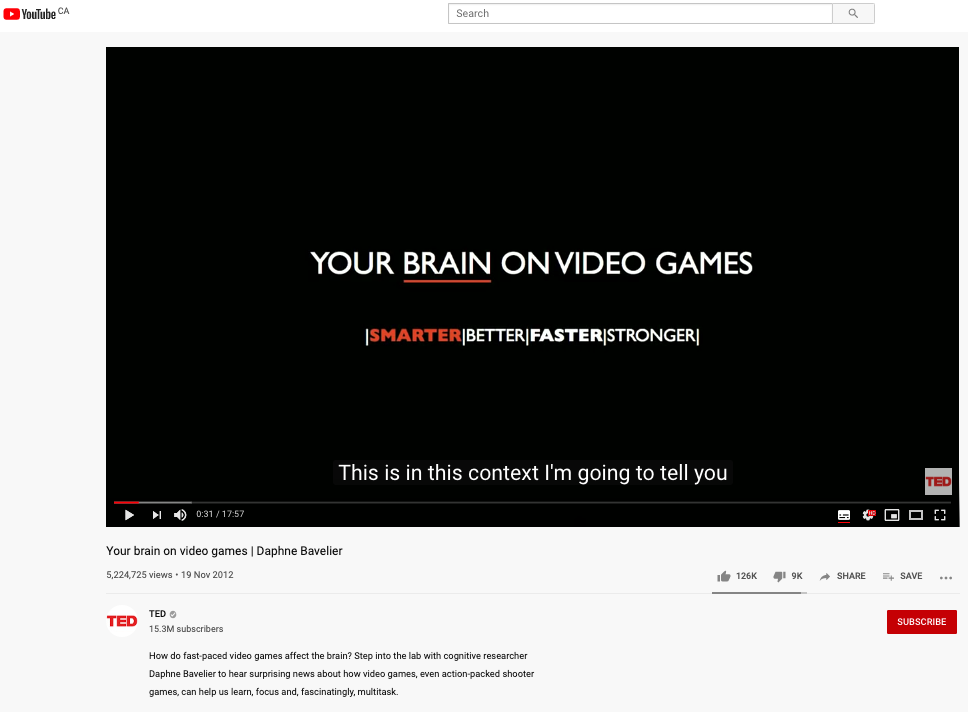 As the Gaming industry has grown and developed, the level of interconnectivity and involvement has changed. Far from the simple days of “Pong” flashing on screens, Video Games are driving technological advancements and innovation while at the same time representing a trigger point for social impacts and consumption of entertainment. While gaming has had a […] 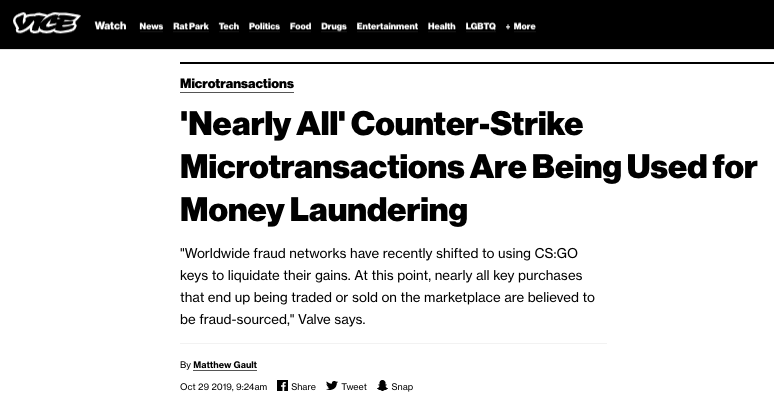 Valve has shut down the ability for players to buy and re-sell keys to access in-game loot boxes in the popular game Counter Strike: Global Offensive (CS:GO) in a bid to combat money laundering. Only recently, the company announced in a blog post that the online marketplace has been taken over by large fraud networks […]