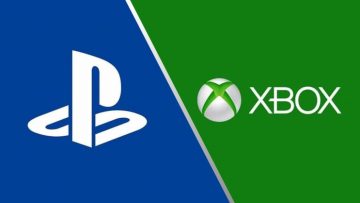 Sony officially announced that the PlayStation 5 would be coming out in the near future. Also, Xbox came out with a bit of a teaser calling their new Xbox: Project Scarlett.

It’s tough to compare the two because they are so early in the stages of announcements but there are some comparisons that we can look at. First of all the names, not surprising that PlayStation has kept it simple with the PS5. While, Xbox went with something completely out of the blue with Scarlett. Its no surprise tho because Xbox did make a bit of a turn when they went from Xbox 360 to Xbox One.

They are both releasing in the holiday season of 2020. Just like XB1 & PS4 the two gaming titans are going to go head to head during the biggest shopping window of the year. I wonder how much they will cost upon release this time….($US699?) Considering that the previous were released in 2013 and they cost $399 (PS4) and $499(XB1).

If you’re into specifications (even though they are not complete) take a look at this chart: 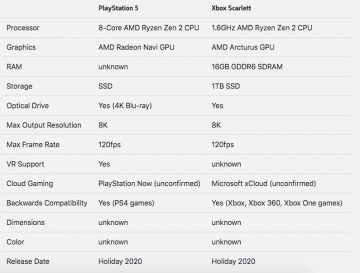 For more comparisons check out this link: