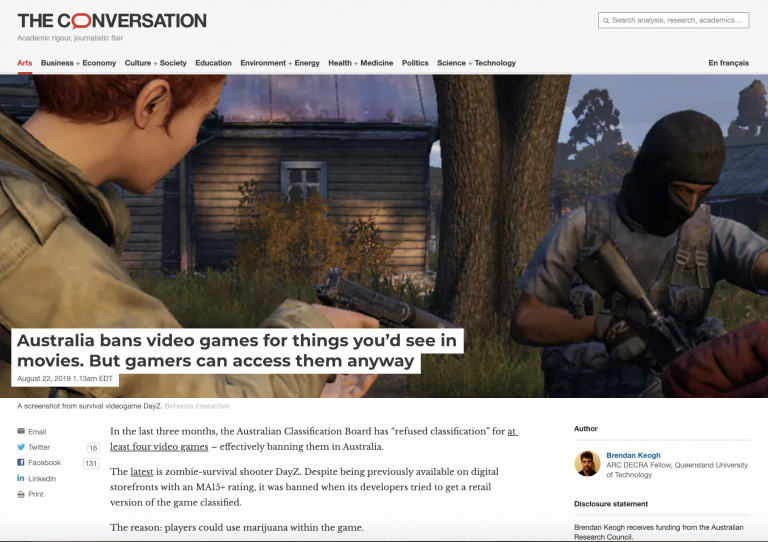 I came across some recent news that the episodic adventure game Life is Strange 2 has been temporarily removed from digital stores in Australia, as their Classification Board reviews the game’s age rating. Exploring further I found that in general, the ACB tends to be quite harsh when it comes to video game classification, with a history of refusing classification for games that are otherwise readily available in other countries; just in the last few months, they’ve banned four games, including DayZ.

This article is an interesting read; it goes a bit into the history of the ACB’s age rating system, though the developments in the 2010s don’t seem to have had much impact on how video games are treated by the Aussie classification system. That depictions of violence and drug use which would be acceptable in films are cause for banning a video game seems to perpetuate the idea that interactivity increases the impact of any violence or drug use that appears. It does seem like the ACB’s system curtails the enjoyment of video games as an artistic work. Perhaps this could be relevant to the course’s theme of “Controlling” to come up later this term.