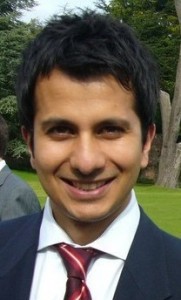 Jas Purewal will be joining us remotely this week to talk about “5 Key Topics in International Video Game Law”.

Jas founded Purewal & Partners in May 2014 after a decade of practice at City of London law firms as well as in Europe and Silicon Valley.  Jas is particularly well known in the UK/EU video games industry and was recently voted one of its hundred most influential people by leading publication MCV/Develop. Jas is also an experienced tech lawyer, both from his time advising European startups as well as his long relationships on the US West Coast.  This culminated in Jas spending a year living and working in Silicon Valley from 2013 to 2014, where he advised some of the Valley’s leading tech and internet companies on their European expansion plans.

Jas trained at CMS Cameron McKenna and subsequently worked for several years at leading City of London law firms Olswang as a litigator and Osborne Clarke as a digital entertainment lawyer. Jas is lifelong gamer and counts among his all-time favourite games Red Dead Redemption, the Stalker series, Bioshock Infinite, Hearthstone and The Stanley Parable.

You can reach Jas at: jas@purewalandpartners.com.