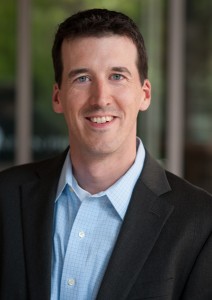 David Spratley of Davis LLP will be speaking to us on the subject of trademarks in games on October 1 , 2014. I had the great privilege of working with David for a while and it is hard to find a lawyer who is smarter and more thoughtful in the area. David’s firm biography points out among other things that:

He advises clients primarily on issues such as:

Born and raised in Vancouver, David graduated with an honours degree in political science from the University of British Columbiaand then temporarily forsook the west coast to obtain both a bachelor of laws and a masters of library and information studies at Dalhousie University in Halifax, Nova Scotia.

He returned to Vancouver to article with Davis and joined the firm’s Technology & Outsourcing and Intellectual Propertypractice groups upon his call to the bar in 2002.”