Increasing Inclusivity in the Video Game Community 8bits at a Time 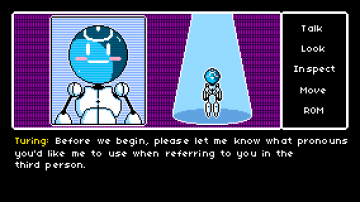 With the discussion last week turning to the controversy surrounding misogynistic, and at times also homophobic, transphobic, and racist, elements in the video game community, I became curious as to alternative user-oriented game conventions designed to address such issues.

GaymerX, previously GaymerCon, was a convention organized with the idea of creating a safe space for queer gamers, though now the group has added to its mandate. GaymerX is beginning to develop its first 8bit game, Read Only Memories, and has included information on the game and the reasoning behind it as part of a kickstarter campaign: Kickstarter page for GaymerX’s Read Only Memories

The game contains queer characters as readily as straight characters, but also creates an inclusive environment for the player by asking how they would like their gender to be identified. This not only welcomes female gamers to play the game, but extends an invitation to genderqueer, trans*, or alternatively gendered individuals to do so as well.

While not comparable to highly marketed console based games in terms of audience, as creation of games becomes within the grasp of a growing number of users, it is not surprising that these creator/users would band together to make the kinds of games they want to play. The democratization of video game design can be extended beyond simply obtaining the creative tools to create a game since, as the kickstarter campaign illustrates, users can also be the source of up-front funding. The question then becomes, how much can users shape the industry as a whole through support for projects such as Read Only Memories? Will the 45% of gamers who are female support projects with inclusion of female characters? Will gamers as a whole expect the diversity seen in the physical world to be reflected in the digital world? Or will small-scale independent games be unable to make any real difference when faced with Goliath-like industry leaders crafting console games for an ever-consuming audience?