The focus of Week 5 was an amazing guest stint from Ian Verchere “Taking Games Literally: Games As Semiotic Domain”. Unfortunately Ian’s slides don’t show up in the Mediasite versions (probably because they were so video heavy). However a lite version of those slides can be found below the videos. 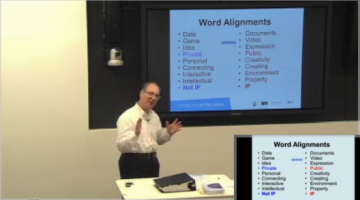 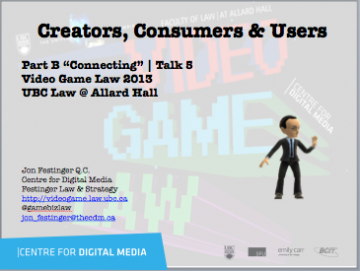 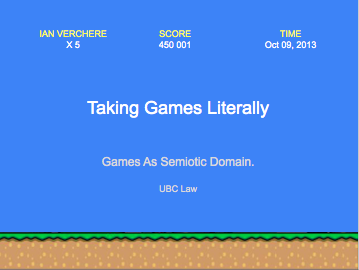