My presentation is on Netflix’s Black Mirror episode Playtest (season 3 episode 2), a haunting portrayal of augmented reality gone wrong. If you have not seen this episode, I would highly recommend watching it. Playtest touches on many of the issues relevant to concepts discussed in our video game law class and raises questions about our fears and morals surrounding virtual/augmented reality. My analysis of Playtest will focus on the philosophical underpinnings of these legal issues.

Note: While I recommend watching the episode in its entirety, this spoiler-laden synopsis video summarizing the key points will be sufficient to understanding my analysis below.

Cooper’s experience was created and personalized based on personal data extracted by the software. This is ironic considering how Netflix is famous for similarly collecting user data to deliver personalized viewing suggestions and to create original content. This suggests that just as technology is capable of generating desirable content, it is similarly capable of doing the opposite. 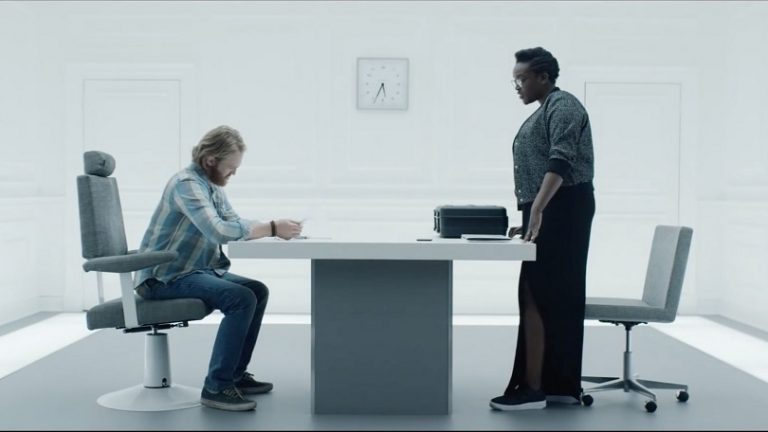 Cooper at the Seitogemu AR testing room. Note the use of wide and symmetrical camera angle, the greyscale neutral colors and the square shapes and straight lines, suggesting objectivity and lack of personality.

What exactly are we afraid of?

Fear is a major theme throughout Playtest. Seitogemu is famous for making horror games. There are also many mentions of confronting the player’s deepest personal fears. If the alternate endings are in fact reflective of Cooper’s fears, then we can surmise that Cooper is fearful of the effects of Alzheimer’s (and as we know, Cooper’s dad passed away from Alzheimer’s). In one ending, Cooper forgets who he is. In another ending, Cooper returns home only to find his mother unable to recognize him. More broadly, the theme of making/losing memories and making/losing (grip of) reality is a theme throughout Playtest.

Law can be thought of as keeping collective fears in check. Societies make rules to regulate behaviors which the community deems to be undesirable or a threat. We as a society have yet to decide on how to regulate the unexplored terrain of virtual/augmented reality. Part of this begs the question: what is the subject of regulation? What is undesirable/a threat? What are we afraid will happen if virtual/augmented reality is unregulated? Playtest suggests that we are afraid of the amalgamation of virtual reality with actual reality. In Cooper’s imagined virtual reality playtest, the virtual reality projections gradually became increasingly integrated untilhe could no longer distinguish between the virtual and the real. 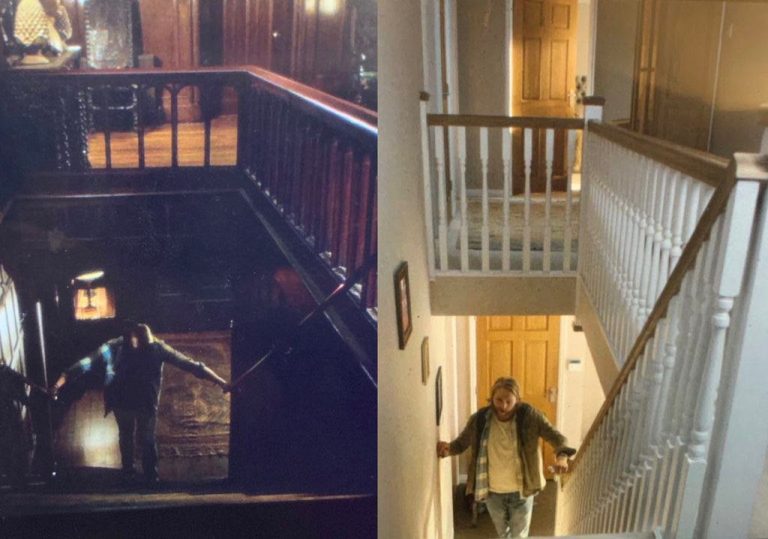 Cooper in the AR game site on the left, compared with Cooper in his childhood home. Note the visual similarities in architecture/set and camera angle and shot.

In their book Laws of Fear, Cass Sunstein discusses the connection between fear and law and policy. Sunstein proposes that governments aspire to be “deliberative democracies,” meaning that they are accountable to the public but also reflective and reason giving. In deliberate democracies, responsiveness to public fear is a must. Secondly, well-functioning democracies attempt to achieve “incompletely theorized agreements,” which mean that they search for what can be agreed on by diverse, heterogeneous citizens rather than commit the entire state to a controversial opinion.

According to Sunstein, this approach should be used when handling public fear by avoiding fundamental issues which the population cannot agree on:

The point has special relevance to the question of how to handle public fear. Sometimes that question is thought to require government to resolve large problems about its basic mission – to think deeply, for example, about the nature and meaning of human life. When people disagree about how to handle risks associated with genetic modification of food, or terrorism, or pesticides, or global warming, it is partly because of differences about the facts; but it is also because of differences about fundamental issues. To the extent possible, I suggest that those fundamental issues should be avoided. Deliberative democracies do best if they abstract from the largest questions and try to obtain a consensus from people who disagree on, or are unsure about, how to resolve those questions. In the context of fear, I suggest, it is often possible to obtain just such a consensus. (p 2-3)

The many uncertainty in the developing field of augmented and virtual reality may raise public fear. If we apply Sunstein’s approach to the regulation of augmented/virtual reality, then contentious fundamental issues at the root of such fear should be bypassed.

The Inception like composition of Playtest raises the question: what is reality? What Cooper thought was real in fact took place inside his imagination in 0.04 seconds. Similarly, how can we, the viewer, know that what we experience is the ‘true’ reality if such a thing even exists?

Even if augmented reality is thought of as a layer on top of ‘raw’ reality, such regulation is a novel problem which our legal system is ill-prepared for. Many questions arise; for instance, should the virtual be treated as a separate jurisdiction? The common law is also preoccupied with identifying and formalizing facts. Would occurrences in virtual reality be treated as facts if it is only real to the user?

If, as Playtest suggests, we are afraid of the amalgamation of virtual reality with actual reality, then it would make sense to regulate in such a way as to prevent that. However, the personalization of the augmented reality experience not only makes this difficult but also raises deeper philosophical questions. Perhaps the unregulatable aspects of virtual reality and the questions it raises are merely a proxy for our own existential fears and our failure to control them.